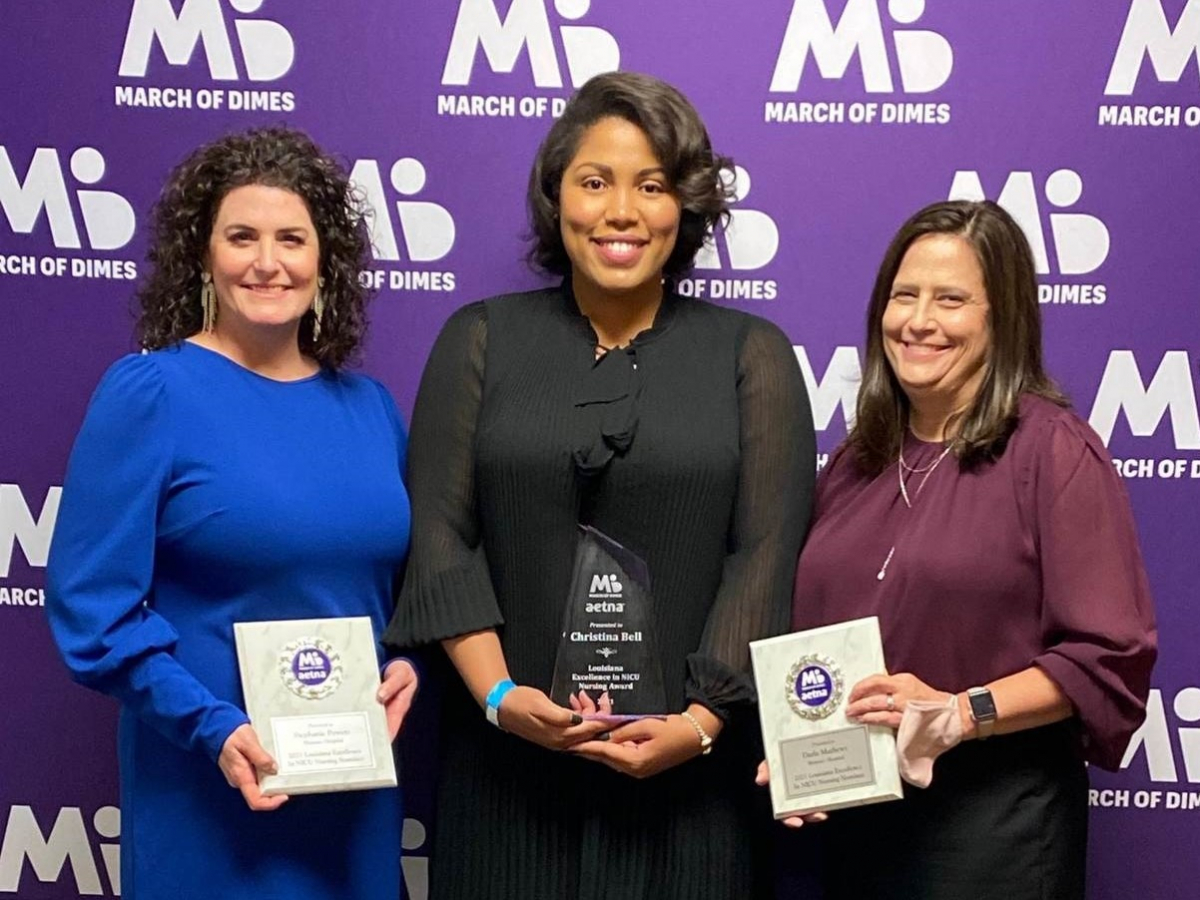 Three Woman’s Neonatal Intensive Care Unit (NICU) nurses were recognized by the March of Dimes at its recent Signature Chefs Gala with the Excellence in NICU Nursing Award. Christina Bell, BSN, RN, Darla Mathews, MSN, RNC-NIC, and Stephanie Powers, BSN, RNC-NIC, were selected among the top five honorees for the state, with Bell winning the top honor for Louisiana.

Bell has been a NICU nurse at Woman’s for four years and is known for going above and beyond to instill confidence in the parents of her patients to care for their babies who often have special needs. She was chosen as the best in the state for this dedication to her patients and their families. She has also previously won a DAISY award for her innovation and compassion.

“Christina has an incredible ability to meet a family where they are and engage them in their baby’s care,” said Laurel Kitto, MSN, RNC-NIC, NICU director at Woman’s Hospital. “We’ve seen first-hand on many occasions how her patience and compassion have helped our families get through challenging times with a positive end to their journey.”

Mathews has been a NICU RN for 27 years and a clinical educator for eight years. She went back to school after practicing for more than 20 years to earn her Master’s degree with an emphasis in nursing education to better understand the principles and practices of adult education.

“Darla is very humble and strives to be better all the time without realizing just how important her contributions are to our team,” said Kitto. “She does not seek recognition although she truly deserves it.”

Powers is the NICU charge nurse at Woman’s and has been with the organization for 27 years. “She leads by example and works shoulder to shoulder with our staff, supporting and mentoring,” said Kitto. “Our teams know they can go to her for anything and she will do everything possible to help.”

Pictured, left to right, are Powers, Bell, and Mathews.