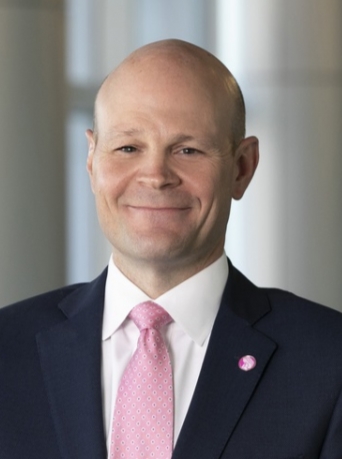 Rene Ragas, FACHE, is the new president and chief executive officer of Woman’s Hospital. The former Northshore Market president for Franciscan Missionaries of Our Lady (FMOL) Health System and CEO of Our Lady of the Angels Hospital in Bogalusa is a Louisiana native with more than two decades of experience as a healthcare executive in the Baton Rouge area and surrounding regions.

Ragas, who has worked in numerous healthcare roles the last 25 years, began his career at the bedside as a patient care tech. He credits this early experience with helping him to always keep the patient and their needs at the center of everything he does and every decision he makes.

The life-long south Louisiana resident also has his own personal ties to the organization. All three of his children were born at Woman’s, and this is where he began his most important job: father.

“I have admired the passion and commitment of Woman’s to its mission for many years as a member of the local healthcare community, but the personal connection I have from experiencing the exceptional care that was provided to my wife and our children is incredibly meaningful to me,” said Ragas. “I’m excited to be joining the team today and to help solidify the legacy that has been established at Woman’s and carry it well into the future.”

A fellow in the American College of Healthcare Executives, Ragas earned a degree in biology from Southeastern Louisiana University in 1996 prior to completing a master’s degree in healthcare administration at Tulane University in 2000. He is a member of the Louisiana Hospital Association Board of Directors, Vizient Southern States, Northshore Business Council, and the St. Tammany Chamber of Commerce. He is a graduate of Leadership Baton Rouge and Leadership Louisiana.